Red's Teen Talk is a long-running segment on The Red Green Show. In this segment, Red Green is seen walking outside, wearing a yellow raincoat and giving the viewers advice about some aspect of life and growing up. This segment, which appeared during seasons 1-7[needs verification] , is very similar to Midlife, where he sits in front a desk by telling stories.

In the Season 8 episode The New Monument, Red was sitting on a park bench, talking to a teenager playing basketball. 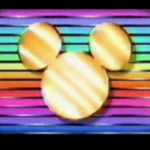