Possum Lodge is the central setting of The Red Green Show. Set in the fictional town of Possum Lake, it is both the physical set of buildings and the spiritual brotherhood of most of the show's characters. The Lodge itself is comprised of one main building and several outbuildings, and there are literally tons of junk scattered all over and inside the Lodge property. According to multiple members and the city council, the buildings and property are full of so many toxic chemicals that tearing down the Lodge would actually pose a more serious threat to the environment than leaving it standing. Despite this, multiple attempts to demolish or transform the Lodge are made throughout the series.

The vast majority of the show's primary plot segments, and many of its side segments, are filmed within the Lodge. The main room, where Red always greets and addresses the audience, is filled to the brim with interesting objects. Among the more prominent of them are a pinball machine (see Notable Items below), a bright blue swordfish, miscellaneous signs, dartboards and posters, and a wood stove or boiler, usually with a gas can sitting on top of it. Various fan contributions can also be seen scattered around the Lodge from time to time. The room contains a door to the outside, a set of stairs leading to the basement, and a trap door leading to the attic. In later seasons, numerous items crash through the roof onto the floor of the main room.

Exterior scenes of Possum Lodge's front exterior were filmed on-location at a cabin at the White River Valley Campground in the village of Gaysville in Stockbridge, Vermont. These were filmed by Steve Smith using an antique Eumig 16mm camera. Exterior shots of the back portions of Possum Lodge, most prominently in Handyman Corner and Adventures With Bill segments, were filmed at a small shed at the western end of Glover Mountain Road, just west of First Road West and CHCH-TV's transmitter, in Hamilton, Ontario (the shed was subsequently demolished in October 2016 due to increasing urbanization of this previously predominantly-rural part of Hamilton).

One of the most frequently asked questions about the items in the Possum Lodge is about the pinball machine that periodically appears in the background, primarily in Possum Lodge Word Game segments. This machine has been identified as a "Mardi Gras" machine, produced by Genco in 1948. The backglass has been heavily modified - the original images were apparently cut out or repainted to have a primarily red-and-green appearance. According to an interview on RedGreenJrTV with production manager Sandi Richardson, this machine had been found in a bowling alley, already modified to look like this prior to its appearance on the show, which was a fortuitous coincidence.

According to Richardson, the standing stuffed bear that features prominently in the Lodge lobby was originally loaned to the show by a fan, but then was donated to the show via that person's will when he passed away. 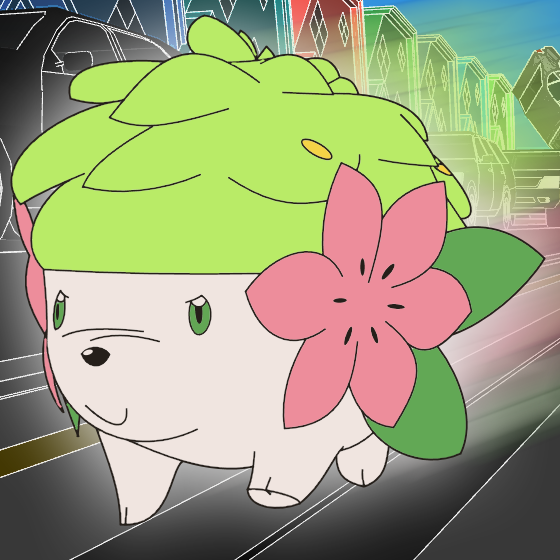